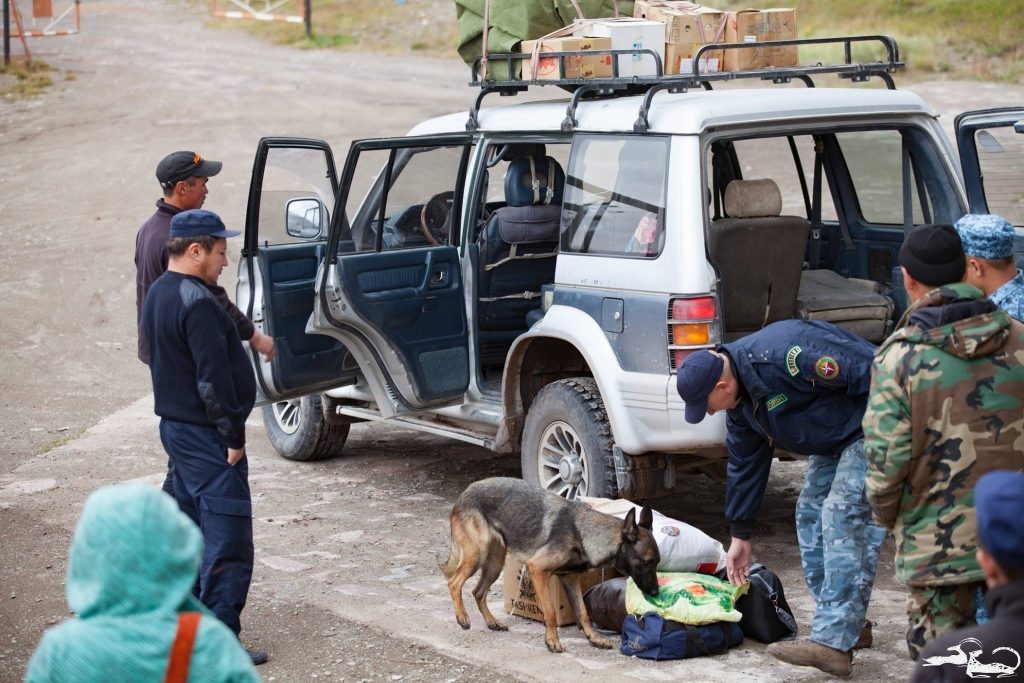 Almost half a year has passed since the handlers and their dogs Venta, Vesta, Vickie and Orion from the Canine Training Center of the Kyrgyz Customs Service were selected to protect wild animals and trained to recognize snow leopard, argali and ibex scents. As planned over the summer, a new kennel was build for the dogs on duty and now the conditions for their work have become much better. From the 28th to 6th of June handlers and their dogs underwent another training with expert Aimee Hurt from the Working Dogs for Conservation (WD4C) (which also worked with them in February and in June) to make sure that the dogs have not forgotten how to recognize animal scents. This time training was conducted directly at the post so the atmosphere was as close as possible to real conditions.

The results are positive, since the dogs not only remembered the scents, but also have begun to find objects more quickly. There was an instance during this time when tourists who picked up an old horn of an argali along the road were passing through the check post, and during the vehicle screening, Orion found the horn and signaled his handler. Now that they have completed the training, the dogs are working at eco-check posts to fight smuggling of wildlife products like snow leopard skins and ibex & argali horns.